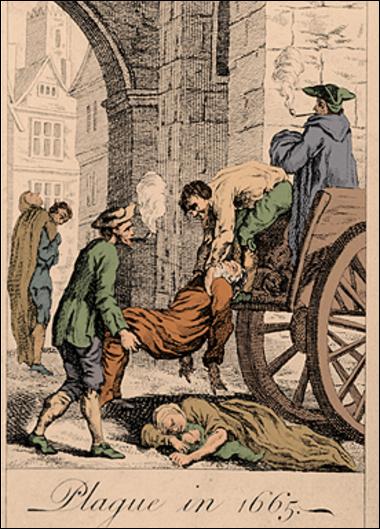 It will never be known how many died in the Great Plague of 1665. Some say it was less than 80,000; others put the figure at above 120,000. Yet a year later, the Great Fire of London which completely devastated the City only claimed the lives of around 20 people, an astonishingly low number.

These two tragic events defined London’s history well into the 18th century. From death and ashes rose a new city which dominated and influenced Europe and eventually the rest of the World.

Today, with modern development and especially Crossrail, the City is giving up the secrets that have been buried deep in the London clay for 350 years.

The Plague pits contained thousand of victims and books and documents currently on show at the exhibition in Guildhall Library reveals more information about this terrible period of our history.