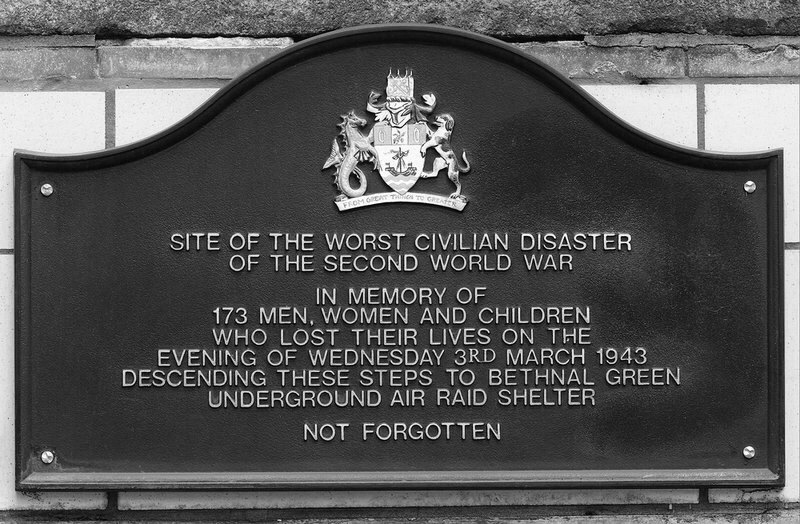 At 8.17 pm on 3rd March 1943, a woman carrying a baby hurried into Bethnal Green tube station to shelter from what she and many others thought was an imminent German bombing raid. She slipped and fell at the bottom of the stairs and was trapped as hundreds more tried to make their way below. In the darkness it was confusing and terrifying.

Within minutes, 173 men, women and children were dead or dying in a crush of bodies. It was the worst civilian disaster in World War Two. For many years, only a small plaque on the station wall provided a clue to what happened that night until the Bethnal Green Memorial Trust fund – Stairway to Heaven – was launched thanks to the efforts of survivors and others who remembered that terrible night.

The impressive Memorial now stands close to the entrance of the station where so many died. And on this night, exactly 71 years ago, we remember the victims of that tragedy and all the families who suffered loss and heartache.